MS Word is one of the tool which helps in making of the text file along with different features like formatting, OLE objects, images, clip arts, fields which are used as hyper-links from fixed Word DOC files to lately developed Word files. Since this files are created with some objective therefore, if in any way DOC file gets corrupted or unreadable due to any reason then users are cumbersome task is lost. DOC files which are inaccessible or unreadable then just make use of Word Repair Recovery tool. This tool repair broken DOC file by just reading the original file and rebuilding a new DOC file in couple of minutes.

There are different reasons of DOC files corruption; a few of them are detailed as follows:

Incomplete download: If task of files download or copy from one location to another is not carried out with utmost care, then it is very much possible that the file may get unreadable. Due to incomplete transfer of file DOC file becomes inaccessible and hence its constituent elements becomes unreachable. This kind of corruption can’t be handled manually and hence need for application which can easily fix such issues without involvement of any cumbersome process.

Some of the general message which is received by the users on DOC file corruption are as follows:

Each of the corruption issues over the DOC or DOCX file can be easily resolved by making use of the Word Repair Recovery. It can be easily implemented on different versions of Microsoft Word such as MS Word 2010, 2007, 2003 and 2000. This software readily performs on various version of Windows operating system such as Windows XP, Vista, 7 and Windows 8. When repair unreadable Word file is done on this software, then each of the things are inherited back such as images, OLE objects, clip arts, etc. The Word files can also get corrupted because of improper recovery of file after deletion. To know more about how to fix such corrupted DOC files click here: https://www.wordrepairrecovery.com/file-not-opening.html

Step 1: Download & Install this Word repair application and launch it from the desktop icon. After that, you can see Main Screen as shown in Fig 1. 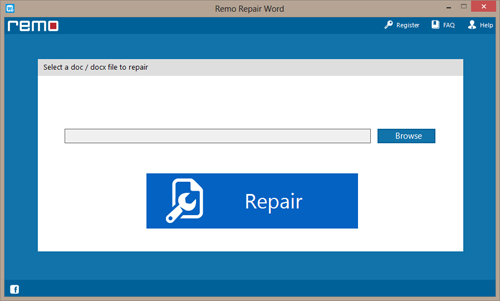 Step 2: "Browse" the unreadable Word file that you need to repair and click on "Repair" button. 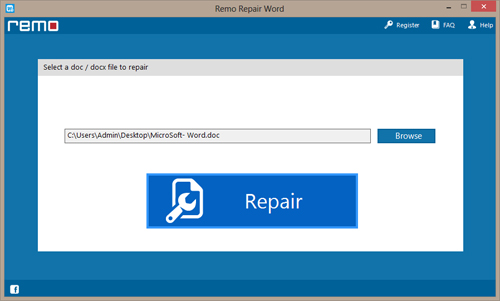 Step 3: When the repair process will be completed, you can preview that Word file using "Preview File" option as shown in Fig 3. 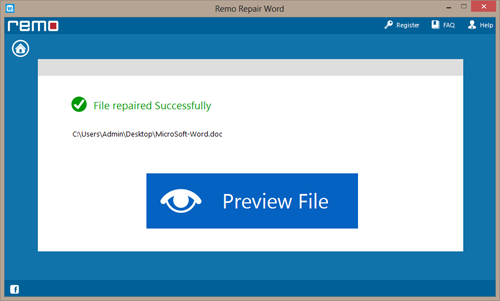